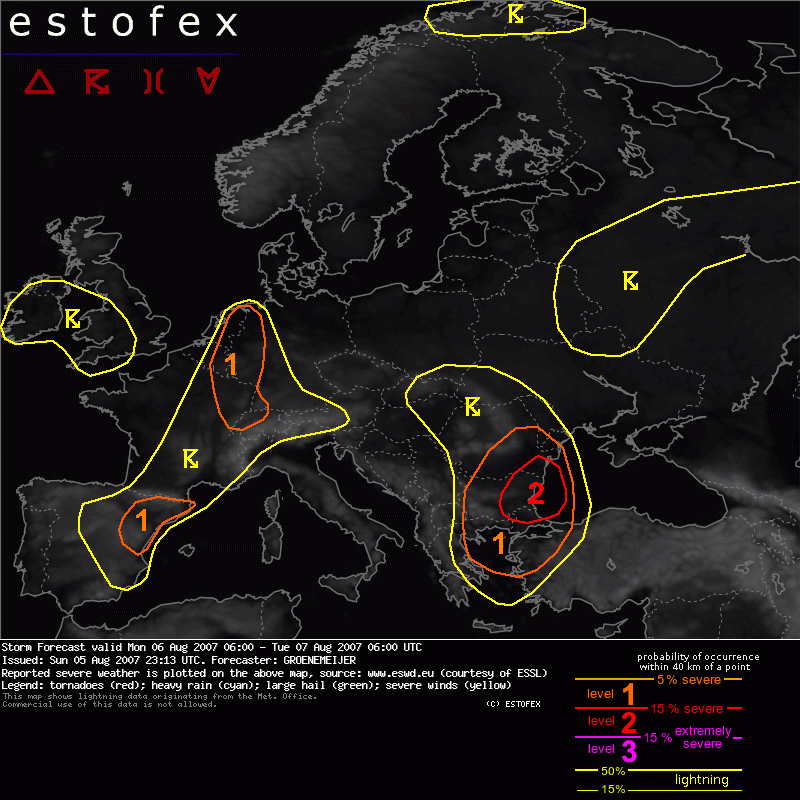 A closed mid-/upper-low centered over north-central Greece moves slowly northeastward and reaches SE Bulgaria on Tuesday morning. A weak mid-/upper- low is located over the Central Russian Upland and is quasi-stationary. Upstream, an elongated ridge stretches from northern Algeria to the western Alps to the Baltic Sea and the Gulf of Finland. Further west, a trough stretches from east of Iceland over Ireland, where an embedded closed low is located, to the western Iberian Peninsula.

Convergence east of the cold front discussed above will almost certainly lead to the development of convective storms. Over the Benelux, 15-20 m/s deep-layer shear is expected, which should be sufficient for storm organization into multicell clusters. Given that about 1000 J/kg MLCAPE should be able to form, storms will be capable of producing large hail and gusty, locally severe winds.
Further south, in the range of the Vosges, Jura, orographic influences are likely to enhance the longevity of the otherwise poorly-organized storms, so that some large hail is possible there as well, marginally warranting a level 1.