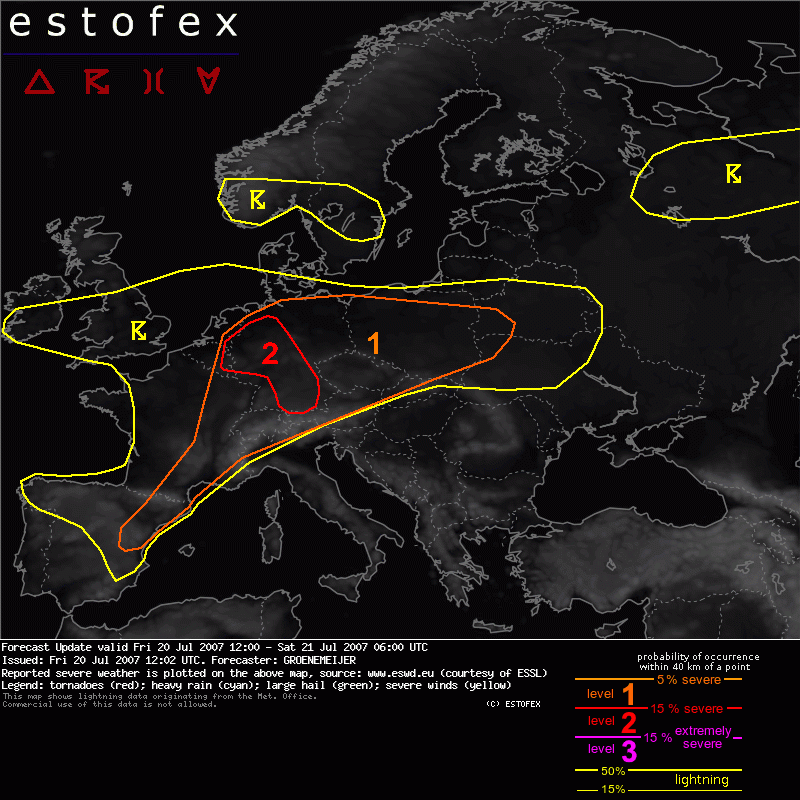 A large MCS has developed over France and is currently moving northward over the E Benelux and W Germany while causing strong gusts, generally remaining below 25 m/s. In its wake, a rather strong SSWly flow is expected.

Surface winds appear to back to the southeast in response to forcing ahead of the the main mid/upper-level trough that should be over Belgium at around 18 UTC. As a result, the flow will likely be rather helical in a location where insolation and upward vertical motion should be able to create significant CAPE.

Some of the storms initiating over N-central France will therefore likely manage to deveop into supercells with a relatively high tornadic threat. Clustering into a second linear convective system is however, possible as well given the strong forcing, which should reduce the threat of tornadoes. Nevertheless, conditions do look favourable enough to warrant a level 2, as tornadoes exceeding F1 intensity cannot be excluded. Otherwise, the supercells will likely produce some large hail and severe gusts in places.