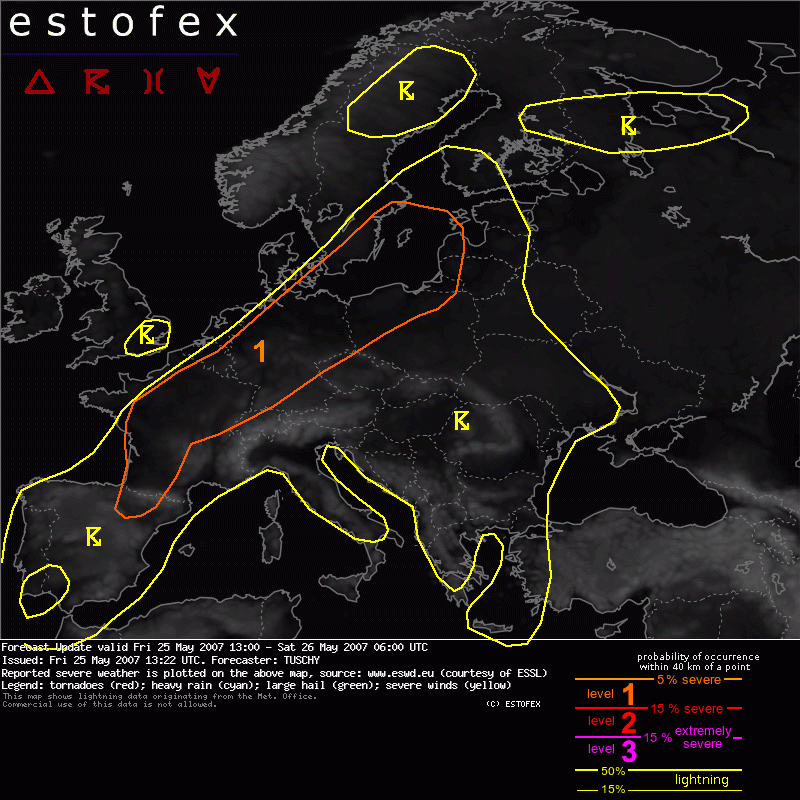 During the last 60 - 90 minutes, severe storms evolved over NW Germany . We recieved the first reports of significant hail and hence a NW-ward expansion of the level-1 area became necessary.

Latest 12Z soundings finally arrived and they indicate somewhat steeper lapse rates than expected with up to 700 J/kg instability release and EL values of 10 - 11km.
Strong convergence present in this area and hence repeated TSTM development can be expected. Large hail , some significant , and severe wind gusts will be the main threat with the stronger storms.
Strong veering at lower levels and low LCLs will also favor an isolated tornado risk.

No changes for the rest of Europe, because many 12Z sounding datas still missing.
Hence, another update in the next few hours may be written, if necessary.