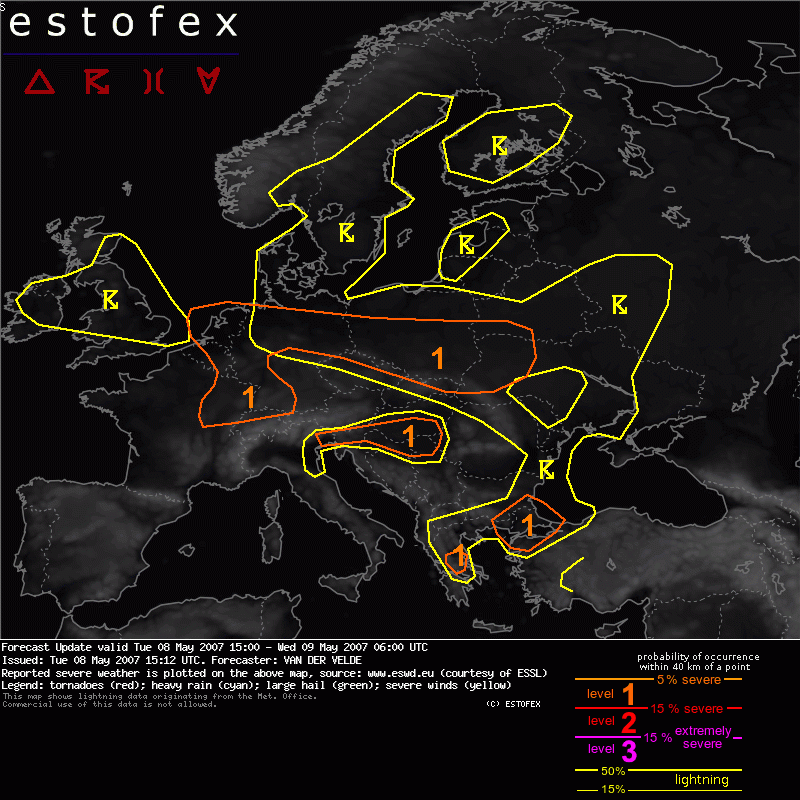 An update has been issued to accomodate a threat of isolated severe weather over the Netherlands and northern Germany.

VIS imagery shows apparently a shortwave trough with convection coming off the east coast of the southern UK. This convection persists over the southern North Sea. Positioning near the upper jet guarantees strong deep layer shear, while moderate to strong low level shear is confirmed by 12Z De Bilt sounding, which shows a good amount of low-level CAPE. These conditions are favourable for tornadoes, marginally severe gusts and hail. Hail is confirmed by NL radar for the cells west of Texel and also far off the west coast of the Netherlands at 14:45 UT.
The storms are forecast to persist or redevelop into Germany and the southern North Sea.