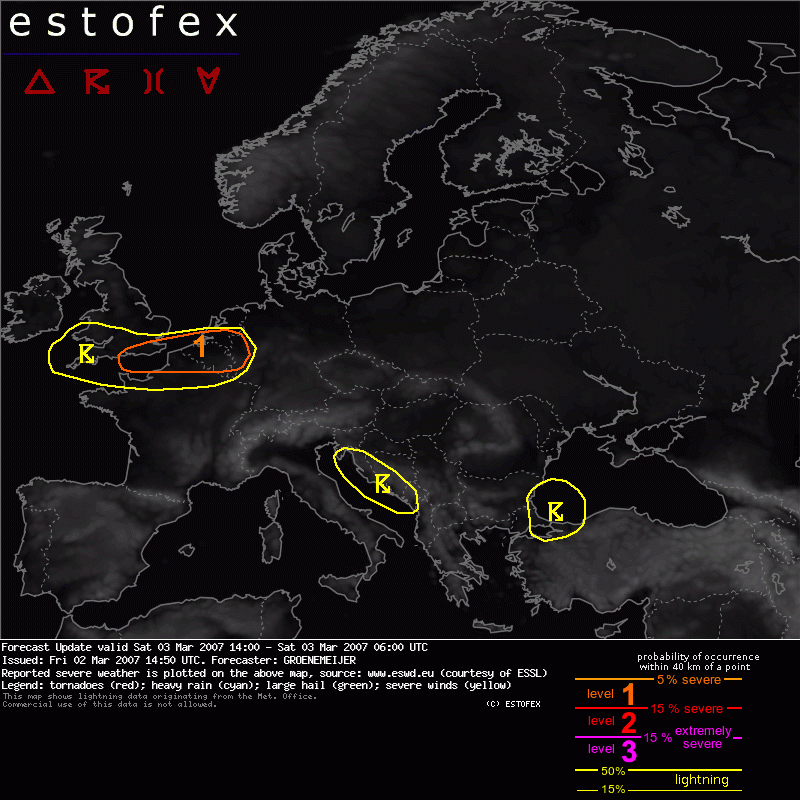 Pressure falls are expected in the left-exit quadrant of a westerly jet streak translating eastward into France. As a result, rapid development of a small surface cyclone is expected over southern Britain.

On the southern flank of the developing cyclone, wind speeds around 1 km AGL are expected to increase to near 30 m/s.
Along the surface warm front of the system, Sly surface winds are forecast, while winds should veer to SW or W after the passage of the frontal system. As is typical in small rapidly developing cyclones, the cold front should obtain a split structure, with lingering low-level moisture becoming located under cool air at mid-levels. This will likely lead to weak, shallow instability.

Strong low-level directional shear is expected near the frontal zone, so that any shallow convection will find itself in an environment highly favourable for storm rotation, with 0-1 km SRH of 300 m2/s2 or higher. Vertical vorticity expected along the front may add to the tendency for any shallow convective storm to rotate.

As a result some chance of tornadoes will exist. In addition, the environment appears favourable for the formation of bowing elements in any shallow convective lines that form in the level 1 area. These may well produce severe gusts in excess of 25 m/s.

Threat should commence after midnight across the eastern Channel and adjacent coasts and reach the eastern portion of the indicated level 1 area by 6 AM UTC.